Anther multi-part post!  Trying to finish up the Haseo posts so I can get to slowly posting newer things :)

I have always been a little afraid of wigs, my wig for my first form Haseo cosplay did not go over well.  I didn’t like the pure white colour of it, it was too thin and it wasn’t long enough to do all the spikes.  On top of all that, the back part didn’t even stay up correctly.  However it had been a few years since that wig and I’ve learned a fair amount since then.  I picked a non-white colour this time as I find it a bit more flattering and the Xth form has slightly darker hair than the other Haseo forms anyhow!

I do not have any progress photos of this, just some (after the con) completed photos.

I used a Magnum from Arda Wigs in Light grey (107) then some extra sort wefts in the same colour.

I have to say this is the nicest short wig I have ever purchased, I had heard good things about Arda and they certainly lived up to everything I had read.

Extra wefts were added to the side of the wig right at the ears to allow slightly longer side spikes and to allow a bit more detail in those spikes.

For spiking I used got2b glued and got2b freezing spray.  This was where I had made my mistake last time.  Most gels and hair sprays do not work on wigs due to the lack of hair oils however these two products work extremely well on wigs.

After clipping the front hair away from the back I built up the large back spike, thinning a lot of hair away as I went.  The magnum is an amazingly thick wig, I would estimate I removed 1/4th of the fiber that was on the wig.  Once the back was built up I slowly worked on spikes, using thinning scissors and a hair razor (both purchased at daiso) to cut them.

And here are the end results: 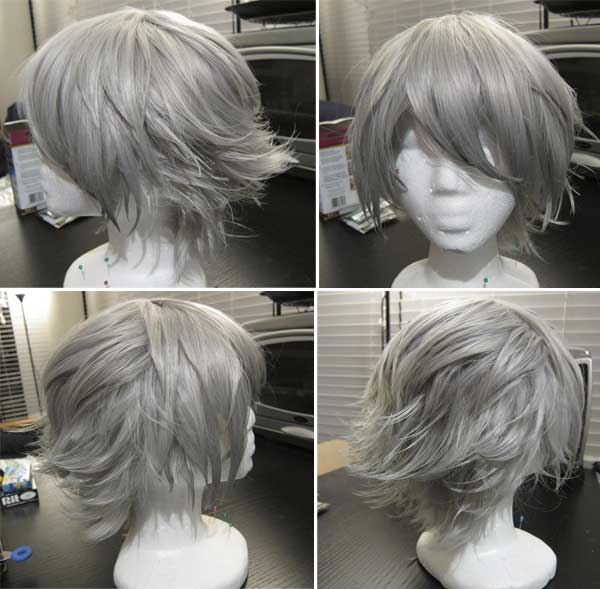 The wave tattoos on the cosplay were done with Alcohol Activated Makeup, Dura in 302 red.  This stuff was wonderful.  Once it was drawn on well it looked great all day – I had a few cosplayers ask how my make up wasn’t smudging.  This stuff is easily found online through many makeup retailers and cosplaysupplies.com.  I purchased mine in person at Studio FX in Vancouver, great place for cosplay makeup for those of us in the lower mainland.

The only down side to it is taking it off involves rubbing a lot of 99% alcohol on wherever you had the makeup, in my case my cheeks, and that can dry out your skin or make it very angry.

I can’t recommend this stuff enough for doing tattoos/marks in cosplays!

Back Piece aka “The Sunflower” 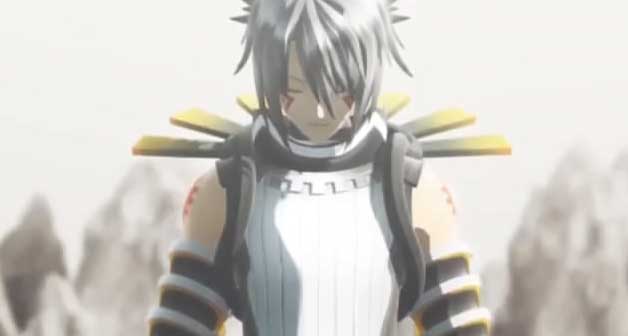 This piece got it’s nick name of the Sunflower from my significant other and it stuck, it really suits the piece and I will refer to it as such from here on.

The sunflower was the least comfortable piece of the costume, it forced me to stand in a certain position and disabled my ability to lean against walls for a quick break. It also prevented my arms from sitting against my sides, combined with the upper arm armour (which I will be re-designing, I was unhappy with it in the end) I ended up having to walk in a very funny fashion.

To start this piece was based around a thin PVC pipe which was cut and bent to shape.  It broke at the middle to allow me to easily take it on and off, it was held together by a doweling inside the pipes and a velcro strap on the outside.  This pipe was covered in foam pipe covers (the black ones), this was covered in wonderflex to give it a stronger base then that was covered in light-weight air dry clay to smooth it out.  Although it seems like a lot of layers, there was little weight to this piece and there were no issues with it breaking. 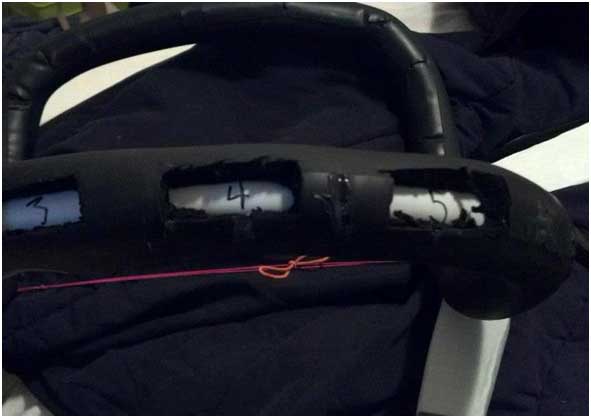 The spikes were created with floral foam as a base then covered in wonderflex.  To hold them in a hole was cut into the pipe cover to fit each spike, then each spike had a balsa wood doweling that inserted into a hole in the PVC pipe it self.  I had no issues with these either, they lived through many bumps by many people (always try to look out for people, especially cosplayers, at conventions!).

And the final sunflower (bottom part not shown); 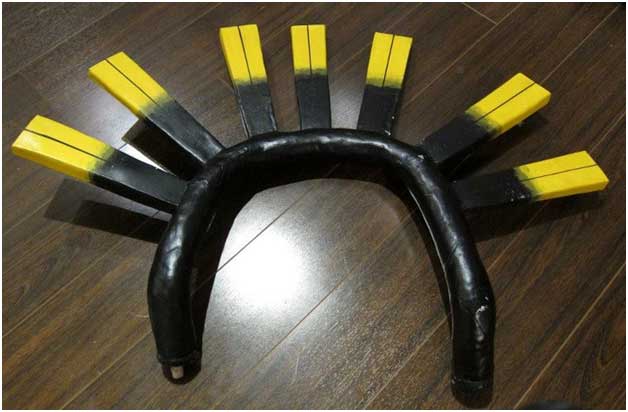